The IT Law Wiki
Register
Don't have an account?
Sign In
Advertisement
in: Definition, Tax, Financial,
and 2 more

There are three types of virtual currency systems: 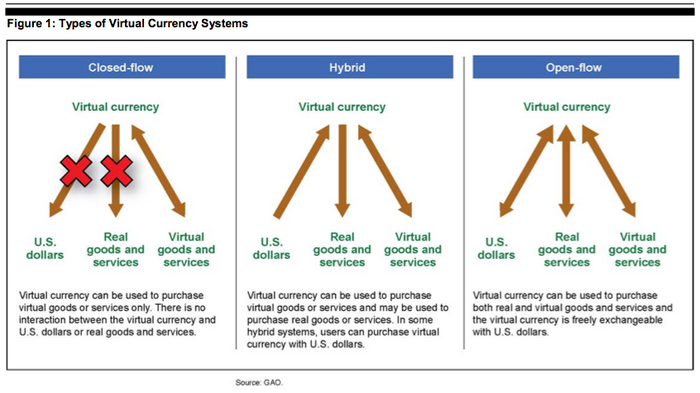 "Virtual economies and currencies pose various tax compliance risks, but the extent of actual tax noncompliance is unknown. Some identified risks include taxpayers not being aware that income earned through virtual economies and currencies is taxable or not knowing how to calculate such income. Because of the limited reliable data available on their size, it is difficult to determine how significant virtual economy and currency markets may be or how much tax revenue is at risk through their usage."[1]