Traditionally a terrorist attack was defined as a surprise attack involving the deliberate use of violence against civilians in order to attain political or religious goals. Terrorist attacks have typically been against single targets — individuals, buildings, or institutions. Today, more sophisticated physical attacks may also exploit the emerging vulnerabilities associated with the complexity and interconnectedness of infrastructures.

Bombs — even homemade ones — have always been able to damage a pipeline, electrical power transformer, telecommunications switching station, or microwave relay antenna. In the networked world of today, the effects of such physical attacks could spread far beyond the radius of a bomb blast. Adding to physical vulnerability is the fact that information readily available on the World Wide Web (WWW) may disclose to a terrorist the best place to set explosive charges for maximum disruptive effects. 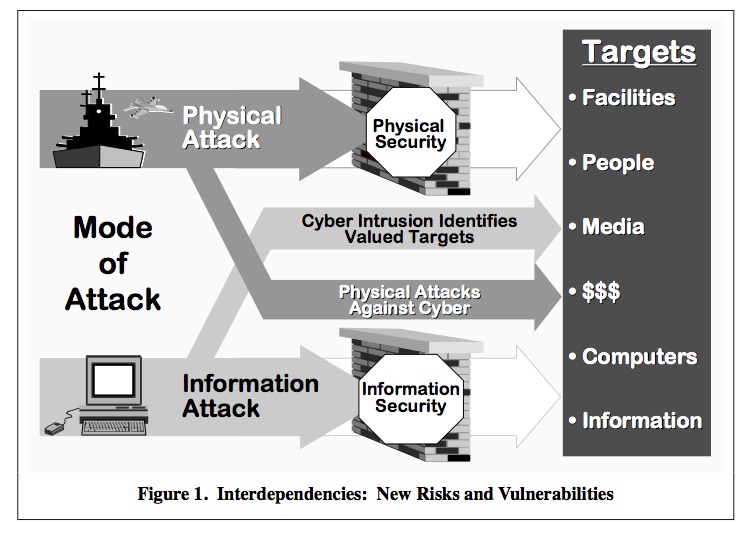