Frequency is "[t]he number of times that an electrical or electromagnetic signal repeats itself in a specified time.[2]

Frequency is calculated as follows:

Frequency is the number of cycles a radio wave completes in one second. Frequency is measured in hertz (1 cycle per second equals one hertz). 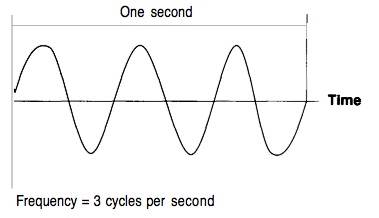 Radio frequencies are described as multiples of hertz:

The frequency of a radio wave is the inverse/reciprocal of its period. For example, if a wave had a period of 0.1 seconds, its frequency would be 10 hertz.

Different frequencies have different natural properties: Lower frequencies travel farther and penetrate solids better, while higher frequencies can carry more information (faster data rates, etc.). The best balance of these properties for the purpose of cellphones is in the range of roughly 700-2,500 MHz. A specific range of frequencies allocated for a specific purpose is called a band.

"Spectrum at lower frequencies is valuable because signals are able to travel greater distances, thus requiring providers to build fewer antenna; high-frequency signals cannot go around obstacles but scatter away, and can be weakened by atmospheric absorption, requiring more antennae."[4] 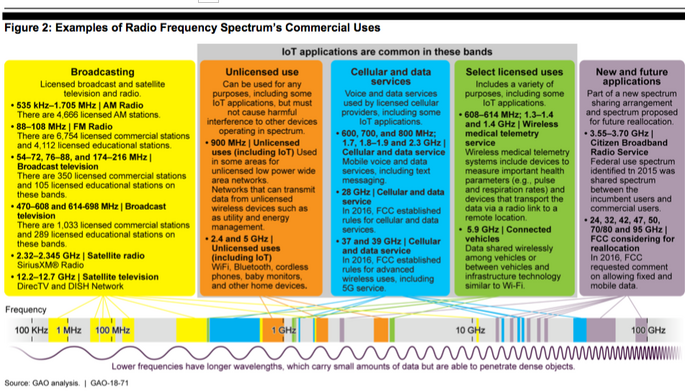 Frequency is "number of occurrences of an event per defined period of time or number of trials."[5]