Cyberspace operations (also referred to as cyber operations, CyberOps or CO) are

Cyberspace is a man-made domain, and is therefore unlike the natural domains of air, land, maritime, and space. It requires continued attention from humans to persist and encompass the features of specificity, global scope, and emphasis on the electromagnetic spectrum. Cyberspace nodes physically reside in all domains. Activities in cyberspace can enable freedom of action for activities in the other domains, and activities in the other domains can create effects in and through cyberspace.

Below is a matrix portraying how the principles of joint operations can be expressed and demonstrated through cyberspace operations. 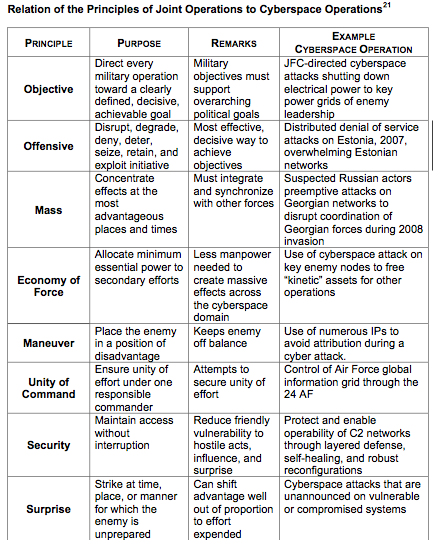 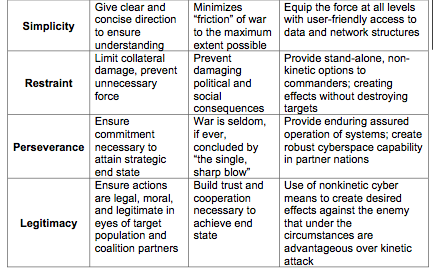 There are a variety of threats to cyberspace operations, including: